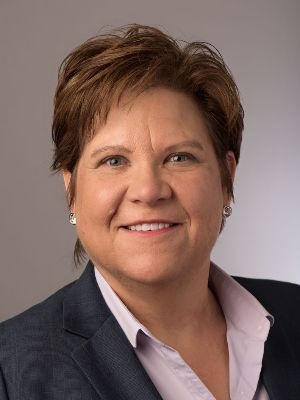 During her almost two years at Southwestern, Moss led the University’s communications efforts throughout the pandemic, spearheaded the launch of a new athletics brand, implemented a comprehensive internal communications plan, and enhanced Southwestern’s overall national reputation.

But more importantly, the Southwestern alumna was a wonderful leader and mentor. She cared about her team and was invested in their growth professionally as well as personally.

“Scarlett was a member of the Southwestern community for almost 40 years. Throughout that time, she represented the best of what it means to be a Pirate and upheld our values each and every day,” said President Laura Skandera Trombley. “We are grateful for her contributions to and passion for Southwestern University and express our sincere condolences to her family and friends during this difficult time.”

Moss graduated from Southwestern in 1986 with a degree in political science and government. She was a part of Southwestern’s first study-abroad program, traveling to London with 32 fellow Pirates with whom she remained close over the years. She also was a member of Student Foundation and relished the unique opportunities Southwestern provided, including being one of the first students to handle pieces in the John G. Tower Special Collection.

In early 2021, Moss reflected on the impact Southwestern had on her in an email sent to prospective students. “Growing up in West Texas, I had two burning ambitions: working in politics and seeing the world. So, when I entered Southwestern, I knew that I would major in political science without a moment’s hesitation. What I did not know is my time at Southwestern would also uncover many other lifelong passions: art, philosophy, business, and persuasive communication,” she wrote. “While the values instilled in me by my family have always served as my cornerstones, Southwestern gave me the foundation upon which I have built my intellectual life and my career.”

Moss began her career by managing national, regional, and local political campaigns across the country. She worked for global public-relations agencies Edelman and APCO Worldwide before joining Coca-Cola North America, where she served as vice president of state and local government affairs, and later Swire Coca-Cola, USA, where she headed public relations and government affairs and played an integral role in building the company’s corporate communications team and capabilities. She returned to Georgetown to lead Southwestern’s marketing and communications efforts in January 2020.

She is survived by her sister, Mindy Moss Turner; her brother, Chad Moss, and sister-in-law, Paige Shanley-Moss; five nieces; two grandnieces; two grandnephews; one godson; and one goddaughter.

“The intimacy of our campus and ideal faculty-to-student ratio mean that Southwestern students are heard. They are known. And they matter,” Moss wrote in her email to prospective students.

Moss was heard. She was known. And she mattered deeply, to her friends, to her family, and to Southwestern University.

Details regarding a celebration of her life will be announced at a later date.