Welcome to the The Associated Colleges of the South events calendar.

What Can a College Student Learn from Bob Dylan?

View the recording of the event below. 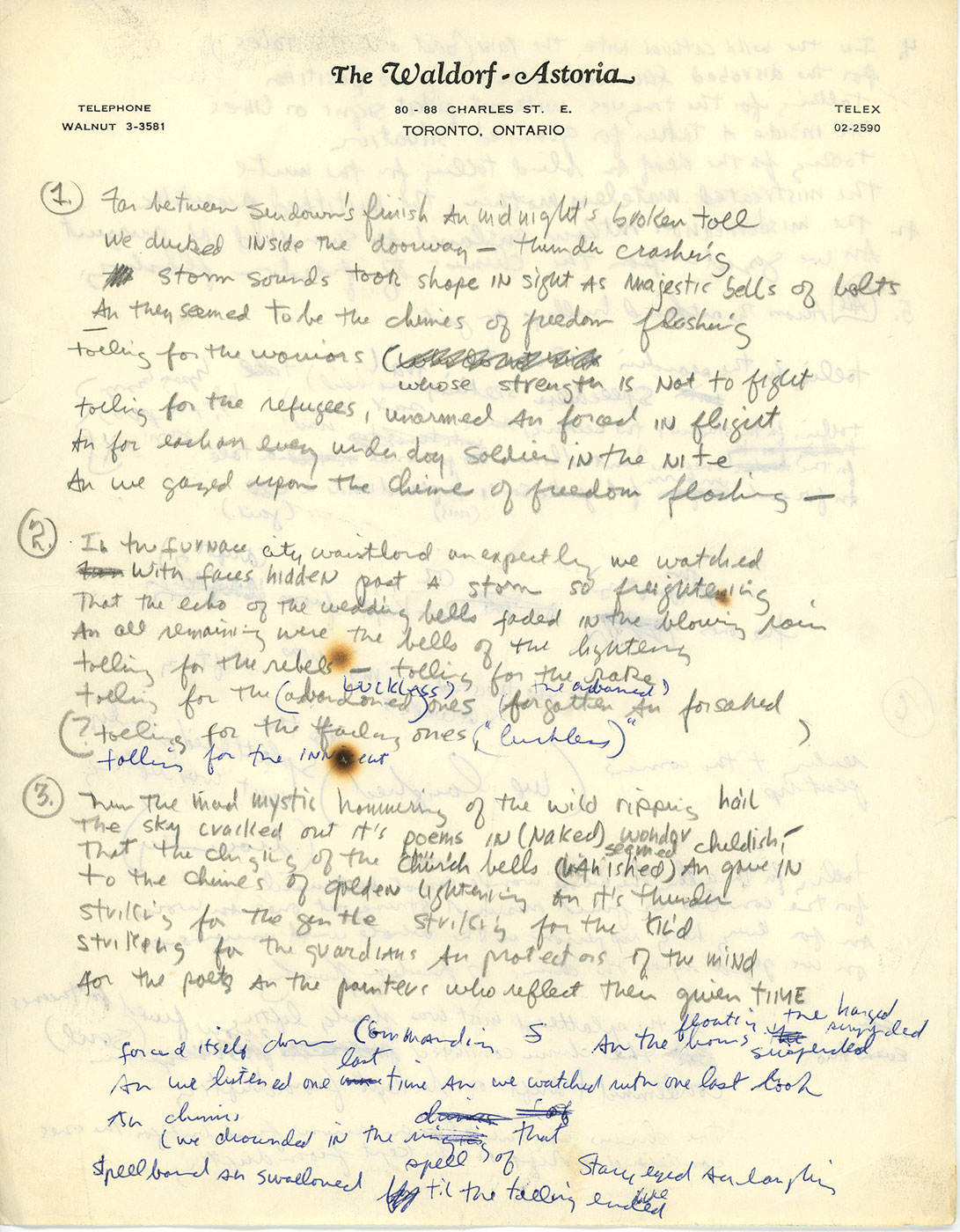 An early draft of “Chimes of Freedom” by Bob Dylan, courtesy of the Bob Dylan Archive in Tulsa, Oklahoma.

Bob Dylan, now approaching 80 years of age, is the oceanic artist of our time.  Though there is much to learn from the artistic arc of Dylan’s career, this presentation focuses on three revealing episodes in his early 20s, even before he “went electric” in 1965.  We will look at Dylan’s May 12, 1963 refusal to appear on the Ed Sullivan Show, what he learned from his December 13, 1963 remarks to the Emergency Civil Liberties Union gala in New York, and see Dylan perform “Chimes of Freedom” at the Newport Folk Festival in 1964.  These vignettes point to the young Dylan’s commitment to artistic integrity, to his courage, and to the sheer joy he found in musical expression—and they all happened when he was between 22 and 23 years old.